For World Allergy Week (29 June – 5 July) musician and student Jack Schwab, 18, is getting ready to perform eight hours of live music in aid of the Anaphylaxis Campaign, a UK-wide charity that provides support for those at risk of severe allergic reactions and anaphylaxis.

Jack has a severe allergy to nuts and first experienced anaphylactic shock aged just three years old. Growing up with the risk of a life-threatening reaction resulted in a lot of anxiety for Jack, who later reached out to the charity for support. As a thank you, he would now like to give back to the cause that helped him. 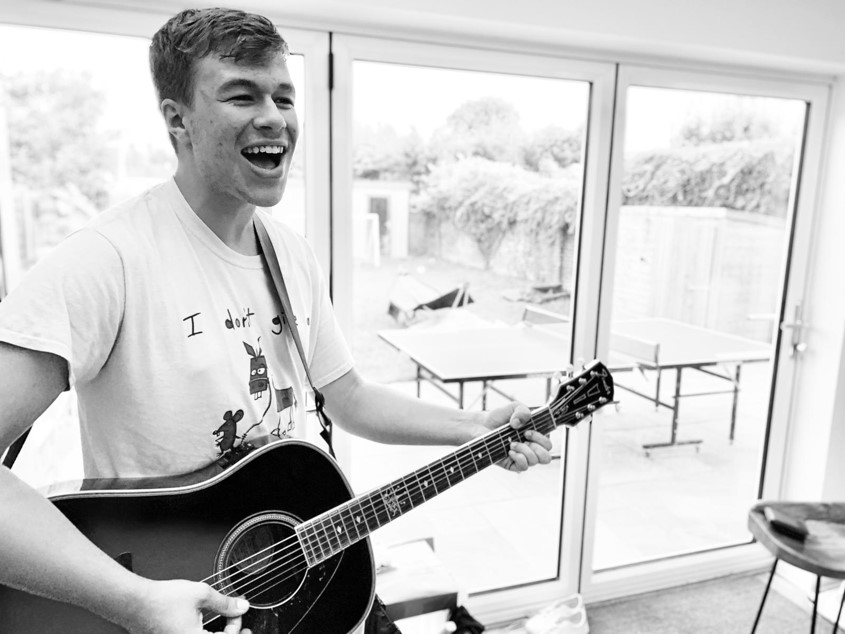 Since the start of lockdown, Jack has been streaming his music on Twitch under the name ‘rightaboutjack’ and on Friday 3 July, he will be live streaming for eight hours from 1pm to 9pm BST.

Jack and his family previously hosted a fundraising event for the charity in October 2019. The event was in memory of Ruben Bousquet, a hockey player for the London Knightz who died last year due to an anaphylactic reaction.

Jack is hoping to raise at least £200 towards the work of the Anaphylaxis Campaign and viewers will be able to donate throughout the show by visiting Jack’s JustGiving page.

“I’ve grown up with a very severe nut allergy. When I was six years old, after my second anaphylactic shock, I started having panic attacks and I would just stop eating everything because I was just scared of food in general. The Anaphylaxis Campaign supported me and taught me that what I had was alright and that I shouldn’t be afraid.

“As a kid, I don’t think I thanked the Anaphylaxis Campaign properly, so that’s why I’ll be holding an online fundraiser on Friday 3rd July where I’ll be playing music for eight hours straight starting at 1pm BST. It seemed a fitting day because it is the penultimate day of World Allergy Week. I hope to raise enough money to say a proper thank you because it is long overdue.”

Tune in to Jack’s live stream this Friday at 1pm on Twitch.